The Vanished Queen by Lisbeth Campbell was the second novel I had been accepted for on Netgalley. I chose to apply for this one as fantasy is my favourite genre and I was intrigued by the blurb.

When a country is held in thrall to a vicious, despotic king, it’s up to one woman to take him down.

Long ago, Queen Mirantha vanished. King Karolje claimed it was an assassination by a neighboring king, but everyone knew it was a lie. He had Disappeared her himself.

But after finding the missing queen’s diary, Anza—impassioned by her father’s unjust execution and inspired by Mirantha’s words—joins the resistance group to overthrow the king. When an encounter with Prince Esvar thrusts her into a dangerous game of court politics, one misstep could lead to a fate worse than death.

Esvar is the second son to an evil king. Trapped under his thumb and desperate for a way out, a chance meeting with Anza gives him the opportunity to join the resistance. Together, they might have the leverage to move against the king—but if they fail, their deaths could mean a total loss of freedom for generations to follow.

I enjoyed the storytelling of this novel as it explores the corruption of kingship and the resistance to its corruption. Resistance as a concept is also explored and is shown to take many additional forms: resistance within the corrupt system as well as resistance against the temptation to embrace the corruption. Throughout the novel, the author is making a commentary on ruling and governance; and how easily a ruler can be swayed by the desire to hold on tightly to power.

While reading the story, I was often reminded of Mao Tse Tung’s purging of the intelligentsia and of knowledge as a way to control the populace. I hoped early on in the novel that the knowledge that had been hidden in the form of library closures and burning of texts would see the light of day.

My favourite character was definitely Anza – a woman who puts herself in danger for her beliefs. She is steadfast and loyal; and does not give up despite her personal losses. There were also other characters in the novel who grew on me; characters who played an important part in the telling of the story.

I enjoyed this novel and will now be on the lookout for other stories written by this author.

I spent an enjoyable afternoon working on my current #crochetproject while listening to the audiobook of the second novel in the #bridgertonseries
This weekend I am dipping into #historicalfiction with Sarah Waters. I am 50 pages in and I think I have read this one before. I cannot remember any details, so I am continuing with it. My cousin insists it is a good read!
An author whose books I've enjoyed in the past is Maeve Binchy. I enjoy her true-to-life characters and their realistic experiences. Binchy's writing has drawn me into Dublin's world again and again.
One of the memoirs I read in 2019 that still has a place on my shelf was written by @iamsamrazafar
This month for my #hopefulstack I decided to bring in the reads I didn’t get to in February. I addition, I will be reading some of the titles I was approved for on #netgalley
Over the weekend, it felt like Spring had arrived. Today, Old Man Winter reminded us that he is not yet ready to leave! When I got home after school, I made a hot cup of coffee and grabbed two South African rusks to dunk. A perfect way to warm up! 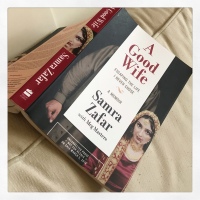 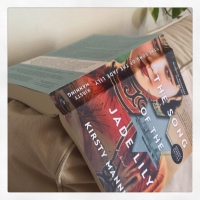