Today I am sharing an extract from Sofia Khan Is Not Obliged by Ayisha Malik. I bought this novel on Amazon about three years ago because I was intrigued by the blurb. At that time, I had not read any diverse novels and I was curious about a story based on the dating experience of a Muslim woman wearing a hijab.

In this novel Sofia Khan is ready to renounce men when her sort-of boyfriend/possible-marriage-partner-to-be proves to be a little too close to his parents – until her boss persuades her to write a tell-all exposé on the Muslim dating scene and she makes a foray into online dating.

I am sharing an extract from when she is describing her first experience of dating on the internet.

“You know what the problem is?” I continued. “There are the men who’ll marry a hijabi – but then expect her to move in with a hole-in-the-wall, or think she’s going to be this weird paragon of traditional values.” I sighed. “And then there are the men who are all, “You’re living in the west – what’s with the hijab?’”(p43)

Sofia Khan Is Not Obliged by Ayesha Malik is a story that had me chuckling throughout. This diverse rom-com was published in 2015 and was my first diverse read.

Would you read this diverse rom-com?

10 thoughts on “Teaser Tuesday: Sofia Khan Is Not Obliged by Ayisha Malik” 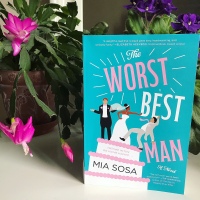