I was in the mood for a little history so I picked up the Advanced Reading Copy of The Song of the Jade Lily by Kirsty Manning that had been sent to me by Harper Collins Canada.

In 2016, fleeing London with a broken heart, Alexandra returns to Australia to be with her grandparents, Romy and Wilhelm, when her grandfather is dying. With only weeks left together, her grandparents begin to reveal the family mysteries they have kept secret for more than half a century.

In 1939, two young girls meet in Shanghai, the ‘Paris of the East’: beautiful local Li and Viennese refugee Romy form a fierce friendship. But the deepening shadows of World War Two fall over the women as Li and Romy slip between the city’s glamorous French Concession and the desperate Shanghai Ghetto. Eventually, they are forced separate ways as Romy doubts Li’s loyalties.

After Wilhelm dies, Alexandra flies to Shanghai, determined to trace her grandparents’ past. As she peels back the layers of their hidden lives, she begins to question everything she knows about her family – and herself.

A compelling and gorgeously told tale of female friendship, the price of love, and the power of hardship and courage to shape us all.

Historical fiction is a genre that I enjoy and my interest in the history of China was captured many years ago. Manning’s novel reflects a part of Chinese history that is unknown to me so I was interested in reading about something new.

The something new was what interested me in this novel was the following: Jewish refugees in China; the different quarters in Shanghai showing an interesting snapshot into life at that time; the domination and oppression of the Japanese during this period in China. My husband (who is of Chinese descent) speaks often about the oppression of the Japanese over the Chinese. It was in this novel that I came across a piece of that history.

The modern story that is woven within the fabric of the history is written with compassion and understanding. Alexandra is determined to find out the past of her grandparents as she believes it will make her whole. With each uncovering of her family’s history, however, not only does she find out about the past and find out who her true parents were, but she also discovers a bit about who she is as a person. I enjoyed reading that both women in the two storylines described (Romy and Alexandra) are people that grow from their experience. Both these women are strong women even though their life experience is different.

My favourite character in this novel is Romy. From a young age at the start of the Second World War in Europe, she had to grow up fast. In her lifetime she adapted to two countries, learning new languages and customs. In addition, she learned quickly to behave as an adult even though she was still a child. Romy experiences so much pain and heartache in her life; yet she never loses her faith in others and her courage to move forward.

The Song of the Jade Lily is a perfect example of what historical fiction should be. A snippet of history is made available to us through a well-written story that includes both life experiences and some romance. I loved reading this book and if you are a fan of historical fiction, then you will too.

7 thoughts on “Book Review: The Song of the Jade Lily by Kirsty Manning”

Two Chances With You, the second book in #theromenovels by Federico Moccia is now available. The story follows Step Mancini two years later when he returns to Rome from America. He no longer denies his need to see Babi Gervasi again, but finds himself falling into a relationship with fledgling actress Ginevra Biro. Their love, however, is to be tested by his past.
Today this powerful poetry collection by @badass_sab hits the shelves. The words inside describe the loneliness and anxiety experienced during the initial isolation of the COVID pandemic. The words are hard-hitting and make you remember your own experience as well as help you understand the feelings of those who live in their own. I found myself reading the pieces more than once to enjoy not only enjoy the words once again, but also to let them sink in.
Sea of Troubles is the perfect reference book for teachers who want to explore social inequity with their students. The book is an interesting exploration of traditional and informational texts as a springboard to begin much needed conversations in the classroom.
Shame is an old friend of mine.
My #spooktober reading was interrupted by a #yacontemporaryromance
I finished reading one of my anticipated #newreleases and I was not disappointed! 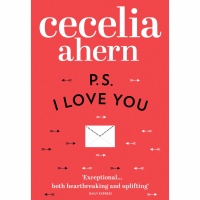 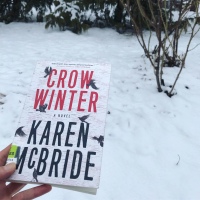 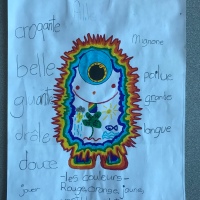