I had seen a lot of buzz about this book on my Twitter feed and had this novel in my mind to read. When he was one of the authors at the Killer Crime Club event hosted by Harper Collins, I knew I had to push this story up on my list. After listening to him speak about his novel, I knew I had to read it as soon as I could and chose it to be a weekend read.

Anna Fox lives alone—a recluse in her New York City home, unable to venture outside. She spends her day drinking wine (maybe too much), watching old movies, recalling happier times . . . and spying on her neighbors.

Then the Russells move into the house across the way: a father, a mother, their teenage son. The perfect family. But when Anna, gazing out her window one night, sees something she shouldn’t, her world begins to crumble—and its shocking secrets are laid bare.

What is real? What is imagined? Who is in danger? Who is in control? In this diabolically gripping thriller, no one—and nothing—is what it seems.

The novel begins with an introduction to Ana, the protagonist, who suffers from agoraphobia. When I read the descriptions of her experiencing the fear that is so much a part of her illness, I could only say “Wow!”. The descriptions put the reader in Anna’s mind and you are able to feel what she is feeling and experience what she is experiencing. My heartbeat raced in the same rhythm as hers; and I turned the pages quickly to see how she would survive.

Not only are Finn’s descriptions stellar, his handling of uncovering the pieces, bit by bit, of the mystery that is both Anna and her neighbours is expertly done. I was taken by surprise more than once – and right up to the end of the story. The Woman in the Window is a quick read not because it is short, but because the reader cannot put it down. This is a psychological thriller that I would recommend without reservation.

8 thoughts on “Book Review: The Woman in the Window by A. J. Finn”

Looking for a cute YA romance featuring Korean teenagers? Made in Korea is the perfect#ownvoices story to relax with.
I received some fun #bookmail from @simonschusterca - another Temperance Brennan novel 💜 This novel will definitely derail my planned TBR!
My stack of hopeful reads for May comprise mostly of the gifted books I received in April and the unread titles in my @netgalley account. Do you see any titles here you want to read?
As usual, I read a mix of genres in April - some of them ebooks and audiobooks. I enjoyed Infinity Reaper (a fantasy novel), but Breakout was a wild story that I could not put down! Swipe to see my journal pages and complete list of the titles I enjoyed.
If you are looking for a non-stop action novel that will leave you biting your nails, then you have to pick up Breakout by Paul Herron. I could not put this book down, it is fast-paced and intense!
I am so excited to read the second novel by @uzmajalaluddin - Hana Khan Carries On. 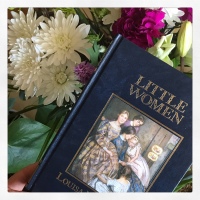 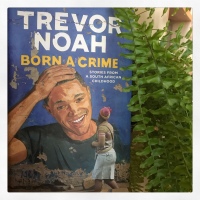