Remembrance Day has recently been celebrated in Canada and one of its objectives, I believe, is to get people thinking about the wars past in order to help prevent another. Thinking of the Great Wars and World War 1, always turns my mind to the poem written by Wilfred Owen: Dulce et Decorum Est. The first time I read it, I was fourteen years old and sitting in my history class. While the teacher was reading it, I felt goosebumps on my skin. I imagined in my mind the horrors the men had felt and experienced while fighting in the trenches. While reading the poem later, my beliefs in the futility of war were cemented. How could the pain and suffering experienced during battle between countries be a good thing? Surely, I asked myself, better solutions can be found to the problems that cause these wars.

Till on the haunting flares we turned our backs,

And towards our distant rest began to trudge.

Men marched asleep. Many had lost their boots,

But limped on, blood-shod. All went lame; all blind;

Drunk with fatigue; deaf even to the hoots

Of gas-shells dropping softly behind.

But someone still was yelling out and stumbling

And flound’ring like a man in fire or lime.—

Dim through the misty panes and thick green light,

As under a green sea, I saw him drowning.

In all my dreams before my helpless sight,

He plunges at me, guttering, choking, drowning.

If in some smothering dreams, you too could pace

Behind the wagon that we flung him in,

And watch the white eyes writhing in his face,

His hanging face, like a devil’s sick of sin;

If you could hear, at every jolt, the blood

Come gargling from the froth-corrupted lungs,

Obscene as cancer, bitter as the cud

My friend, you would not tell with such high zest

To children ardent for some desperate glory,

(* = it is sweet and fitting to die for one’s country)

What do you think of Wilfred Owen’s poem?

This post is linked to Annie Rim‘s Poets Anonymous in which she posts a poem on the 15th of every month.)

Two Chances With You, the second book in #theromenovels by Federico Moccia is now available. The story follows Step Mancini two years later when he returns to Rome from America. He no longer denies his need to see Babi Gervasi again, but finds himself falling into a relationship with fledgling actress Ginevra Biro. Their love, however, is to be tested by his past.
Today this powerful poetry collection by @badass_sab hits the shelves. The words inside describe the loneliness and anxiety experienced during the initial isolation of the COVID pandemic. The words are hard-hitting and make you remember your own experience as well as help you understand the feelings of those who live in their own. I found myself reading the pieces more than once to enjoy not only enjoy the words once again, but also to let them sink in.
Sea of Troubles is the perfect reference book for teachers who want to explore social inequity with their students. The book is an interesting exploration of traditional and informational texts as a springboard to begin much needed conversations in the classroom.
Shame is an old friend of mine.
My #spooktober reading was interrupted by a #yacontemporaryromance
I finished reading one of my anticipated #newreleases and I was not disappointed! 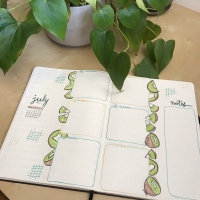