It is glue that binds, that keeps everything together. All she had to do was find out what would bind this group of disparate people together: the woman who no longer believed in the good of humankind; the man who wished to aggressively attack anyone who approached their group; the child who could not stop crying over the horror of seeing his parents murdered in front of him; the couple who claimed they believed in no religion and no sharing of sources. One thing they all had in common, though, was that they had survived the onslaught of the warriors: they had survived the brutality and the massacre. Now all they had to do was survive the aftermath. She had never before wanted to lead, to be responsible for the actions of others. But now things were different. Now she was the only one here, in this gloomy shelter, that truly believed that they could survive – and survive together. She was going to have to convince these people that their chances of survival was better than if they were alone. She was going to have to be the glue that binds; the one person that would create a tribe.

Have you known a person that binds?

(This post was inspired by the Five Minute Friday prompt: Glue)

14 thoughts on “The Glue that Binds”

The snow is falling outside in never-ending sheets and I am snuggling under the blankets with a gritty police procedural set in Montreal. I am only a few chapters in but I am already enjoying the characters. #booksoutside #canadianauthor #detectivestories #mystery #bookblogger #bookliver #dundurnpress
Seven Deadly Shadows is a beautifully written story that embraces Japanese mythology and the manga tradition. The delightful use of metaphors drew me into the story, and the engaging characters kept me there. 🇯🇵 The story narrates the change Kira goes through in order to achieve her goal. She slowly comes into her own with support from unexpected sources. Her growth is shown symbolically in the novel - as is the moment when she realizes her strength. 🇯🇵 If you enjoyed Shadow of the Fox by Julie Kagawa, you will love this tale. 🇯🇵 This Young Adult Fantasy novel is out 28 January. 🇯🇵 #fivestarread #ya #youngadultfantasy #fantasy #diversereads #japanesemythology #manga #bookblogger #frenzyfaves #upcomingreleases
I love writing bookish quotes in my bullet journal. #bookishquotes #quotes #bujo #januaryspread #januaryspread2020 #lanterntheme
During December I read Joanna Goodman’s novel describing an atrocity that had been committed in Quebec, Canada. Orphanages were transformed into mental hospitals in order to get more funding from the government. The experience of the orphans was transformed as well as they were abused and neglected. 📖 Reading the descriptions of Elodie’s experience made me feel emotions of compassion for her as well as disgust by the way she was treated by so many. Goodman has highlighted an unknown part of history that more people should be aware of. This novel is well worth the read. 📖 #booksofhcc #joannagoodman #historicalfiction #bookblogger #bookstagram #bookishcanadians #canadianauthors
A Sunday afternoon is the best time to get a little reading in. I picked up my hold from the library and decided to delve into it this afternoon. I have read good things about this #romcom on #bookstagram 📖 Have you read Twice In A Blue Moon? 📖 #currentlyreading #socksunday #bookishcanadians #librarybooks #bookblogger #booklover
I have finally finished the cover page for January 2020 in my bullet journal! #bujo #coverpage #lanterntheme #bulletjournal #bulletjournaling 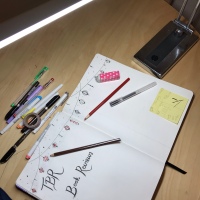 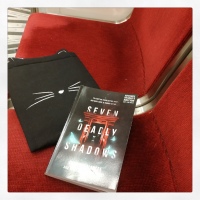 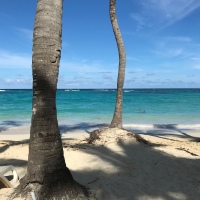 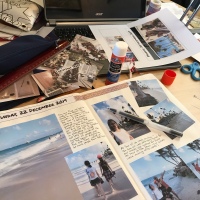 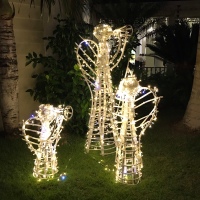